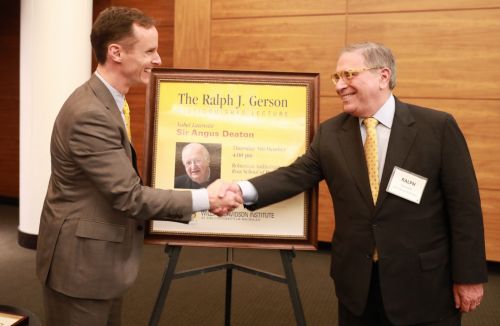 At its 25th anniversary celebration dinner Oct. 5, WDI announced the establishment of a new lecture series named in honor of the Institute’s longest-serving board member.

The Ralph J. Gerson Distinguished Lecture will take place every two to three years to “bring together our community and think about what is going on in the world and what we can do” about it, said Ross School of Business Dean Scott DeRue.

Gerson, a longtime Guardian Industries senior executive, has been involved in WDI since its founding in 1992, was an inaugural board member and continues to serve today.

“This is truly a great honor to be recognized in this way,” Gerson said. “I was not expecting this, but am so appreciative to have this lecture series in my name. For me, serving on the WDI Board with such able colleagues has been a great privilege. I have been a part of the Institute from the start because I believe deeply in its mission, in what it is trying to accomplish around the world, and to ensure WDI stays true to Bill Davidson’s vision today and into the future.” 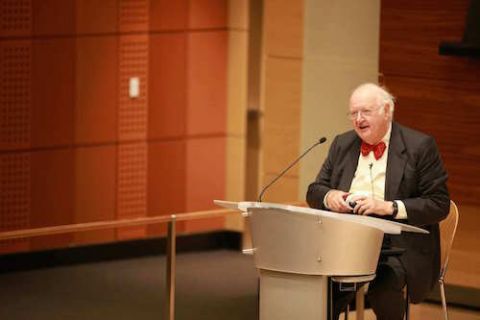 He said WDI had a transformative effect at Ross and across the University, giving students a new perspective and “an opportunity to understand that we’re living in a global world, that there’s a social impact that can be done.”

Snyder said when he steps back, he can say that Ross “is a far better place today because of this Institute being created.”

DeRue said the dinner and celebration, held in the school’s Colloquium, was very special. It was an opportunity, he said, “to honor Bill Davidson and his vision for what he imagined for the Institute.”

Gerson noted that Levin was present at the kickoff event for the Institute back in 1992 and was pleased to see him at the 25th anniversary commemoration. On behalf of the Davidson family, he thanked everyone for coming and sharing in the festivities.

“Bill Davidson believed in developing market-based economies,” Gerson said. “He believed in helping people by giving them the tools they need to help themselves.”

He said in 1992 there was a “tremendous hunger” to learn what was needed to succeed in a market economy. That hunger continues today, Gerson said.

“Bill intended WDI to function more as an economic accelerator than as a think tank,” he said. “I think he would be so pleased by all the business, economics, public health, law and many other students from across the university and the practitioners outside the academic world who have been touched and helped by WDI’s programs since 1992.” 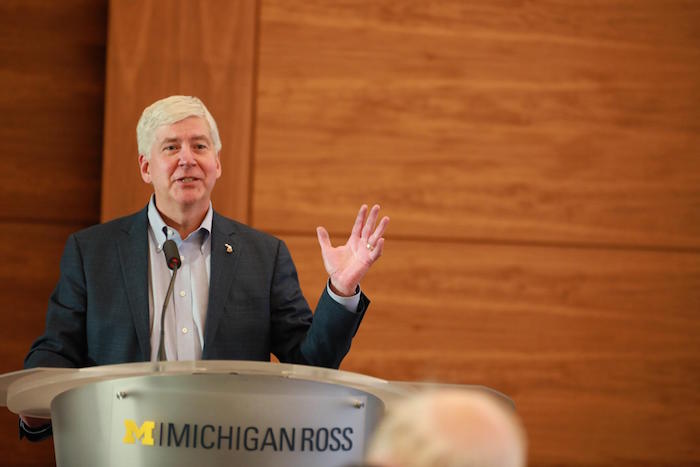 At a special reception Oct. 5, Michigan Gov. Rick Snyder said as proud U-M alumnus he has been a fan of WDI since its founding.

Gerson referenced a video tribute to Davidson that was presented during the dinner in which Davidson’s son, Ethan, said his succinct father would sum up the Institute’s first 25 years by saying, “Well done.” Gerson said Davidson also would have probably added: “What’s next?”

“As we anticipate the next 25 years at WDI, I know the Davidson family will continue to stand behind the Institute,” he said. “We hope the Institute will continue to provide meaningful educational experiences in emerging markets both for U-M students and for firms around the world. Many of today’s students want to use their knowledge to either join or even create a firm designed to improve the lives of those living in low- and middle-income countries around the world.”

Gerson thanked DeRue, the WDI Board and staff and those at the university “for all the work you do to make Bill’s vision of progress a reality today.”