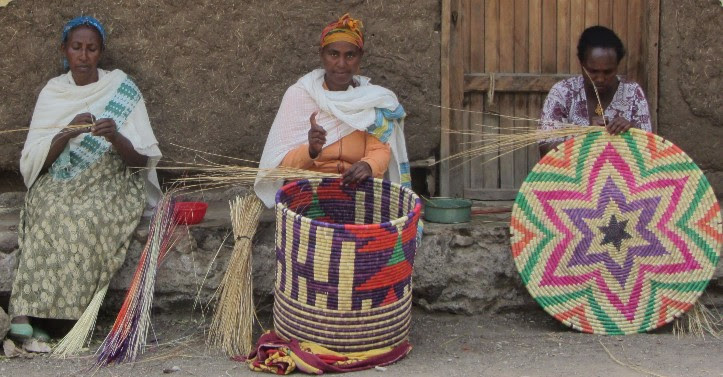 WDI Publishing has released a new business case study that examines Walmart’s successes and challenges in its efforts to incorporate smallholder farmers and female artisans from developing countries into its global supply chain.

“Walmart and Small Producers from the Developing World: Linking Demand with Supply,” which is free to download, studies two specific programs the retail giant created to target local producers. One was the Direct Farm program, which sourced fresh fruits and vegetables from farmers in developing countries. The other, Empowering Women Together, sourced handmade clothing, jewelry, home goods and other products made by women-owned businesses and sold online by Walmart.

The case follows Walmart’s Chief Sustainability Officer Kathleen McLaughlin and two of her associates as they review the programs and consider whether modifications would improve their ability to work with local producers. The three also wondered if the lessons learned by Walmart about small and medium producer capabilities, global standards, partnership development, and funding requirements would be useful to others also trying to engage producers from the developing world.

If these small businesses were to become reliable Walmart suppliers, they would need to build significant capacity. That would require a considerable investment of time and money, flexibility and collaboration, the company determined. However, Walmart managers believed that achieving this could benefit the company, enhance how customers view the company’s environmental and social efforts, and improve the livelihoods of small producers worldwide.

So the question the company faced was, given the modest successes and the remaining challenges, should Walmart halt these efforts or continue to invest? And if they persisted, what changes should be considered?

Fay said the teaching case “prompts students to not only consider how both social and financial value might be prioritized differently across projects by companies such as Walmart, but how they then need to identify the appropriate execution approach for these strategies to achieve the outcomes they intend.”

The case originates from a report that Fay, London and Linda Scott, Emeritus DP World Chair for Entrepreneurship and Innovation at Saïd Business School at the University of Oxford, produced and presented at the 7th Annual Global Entrepreneurship Summit 2016. The report – “Incorporating Small Producers into Formal Retail Supply Chains” – takes a deeper look at how companies might prioritize different sourcing scenarios for small producers from developing countries.

This is the second case study about Walmart to be produced by WDI Publishing. In 2015, Fay and London – with assistance from a team of graduate students from the University of Michigan’s Ross School of Business and the Ford School of Public Policy – wrote a case on the evolution of a global cross-sector partnership between the retailer and the United States Agency for International Development (USAID). The case examined what had been learned – both positive and negative – during the 15-year collaboration between the two global organizations.

The case, “Walmart and USAID: The Evolution of a Global Cross-Sector Partnership,” focused on partnerships that sought to engage smallholder farmers in the developing world, and highlighted examples from Honduras, Guatemala, Rwanda and Bangladesh. It explored the ways in which these collaborations occurred, how they were supported by the partners, and the level of success achieved as measured by Walmart, the Walmart Foundation, and USAID.