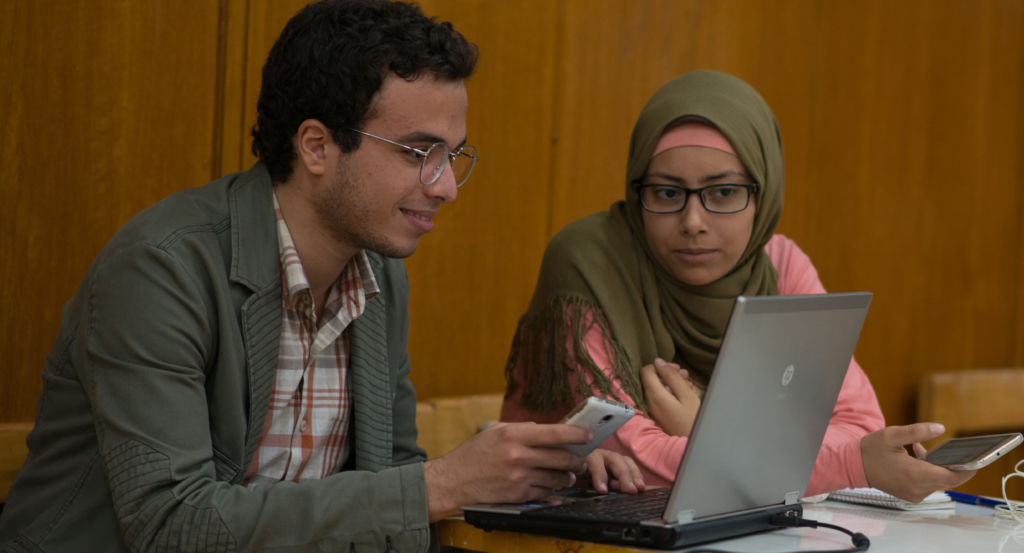 Abanoub Montaser Rodolf of Cairo recently was part of a winning team at a prestigious science competition in Indonesia. But he credits his success there to what he learned earlier in the spring from Ann Arbor.

Rodolf was one of more than 500 students who participated in the WDI-organized program MENA-Michigan Initiative for Global Action Through Entrepreneurship (M²GATE), which paired undergrads from five Michigan campuses with peers in Egypt, Libya, Morocco and Tunisia to find entrepreneurial solutions to social challenges in the Middle East and North Africa (MENA) region. Working virtually, teams developed social entrepreneurship projects and accompanying pitches over an eight-week period with the help of instructors, mentors, and successful entrepreneurs from MENA and Michigan. 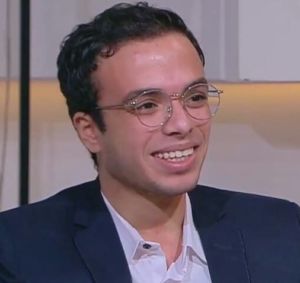 The program culminated in a virtual competition, and judges looked for scalable solutions that feature science, technology, engineering, and math – or STEM-based – innovations. Among the benefits of the program were that it increased cross-cultural understanding and equipped young people with the skills needed to thrive in a 21st century economy.

Rodolf, a student at Higher Technological Institute, was part of M²GATE’s second cohort and was on a team with three fellow Egyptians and two University of Michigan students – one each from the Ann Arbor and Dearborn campuses. His team, called the Sustainablers, developed an app that linked those looking to dispose of electronic waste with people interested in either buying or recycling it. The Sustainablers finished second out of 28 teams with their video pitch, which is below. (WDI will host a pitch competition with the winning teams from the three cohorts on Nov. 14 at U-M’s Ross School of Business.)

Last month, Rodolf was selected by Egypt’s Academy of Scientific Research and Technology as one of five delegates to represent the country at the 12th Asian Science Camp in Manado, Indonesia. The camp brings together talented, young scientists from 30 countries to share their ideas and projects in Asia and meet Nobel laureates and distinguished scientists. To be selected, Rodolf went through long screening and interview processes against top high school and college undergraduate students.

Rodolf credits M²GATE with preparing him for this tough evaluation exercise.

“The skills of thinking critically from diverse perspectives that I gained from M²GATE helped me to be different from the other applicants from all over Egypt,” he said.

At the science camp, Rodolf was put on a team with students China, Japan, Thailand and Indonesia for a competition. They worked on a project to recycle plastic waste. The judges – including a Nobel laureate – chose the team’s project as the best.

Again, Rodolf credits the M²GATE program with giving him the tools to do well in the competition.

“I really appreciate the skills of collaborating and communicating and crossing cultures that I learned in M²GATE, which helped me so much to lead” my science camp team, he said.

Since his win at the camp, Rodolf has been interviewed by Egyptian reporters in print and twice on television. He said the M²GATE “changed my life to the best.”

The Stevens Initiative is an international effort to build global competence and career readiness skills for young people in the United States, the Middle East and North Africa; it is funded by several public and private donors including the U.S. Department of State and the Bezos Family Foundation.