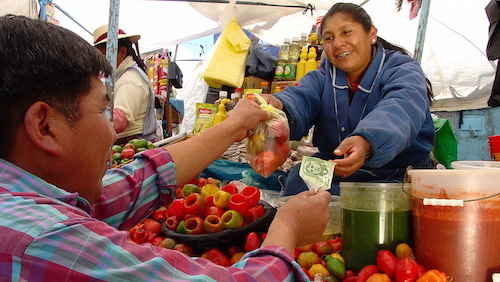 WDI welcomes Maria Cavalcanti, president and CEO of Pro Mujer – a nonprofit finance organization that has disbursed more than $3 billion in loans to mainly women-owned enterprises in Latin America – to its Global Impact Speaker Series at the University of Michigan next month.

Cavalcanti will discuss Pro Mujer’s business model, which is centered on gender equity, and take questions from attendees beginning at 5:30 p.m., Nov. 15 in room 1560 of Blau Hall at the Ross School of Business. The event is free and open to the public.

Pro Mujer was founded by Lynne Patterson and Carmen Velasco in Bolivia in 1990 to use microloans to support women-owned businesses. Today, the organization works with entrepreneurs in that country as well as Argentina, México, Nicaragua and Peru. In 2015 alone, Pro Mujer reported providing $330 million in loans to more than 250,000 clients. Operating mainly in urban areas and regions just outside major cities, Pro Mujer also provides direct and indirect health care services through a series of centers and clinics. Services include non-communicable disease detection, dental care and ultrasound diagnostics. 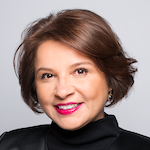 In early 2016, Cavalcanti (pictured left) was named president and CEO of Pro Mujer. She has ambitious plans to expand the organization.

“As we look ahead, we are focused on amplifying our services and expanding our footprint,” Cavalcanti said in an interview with NextBillion.net, WDI’s affiliated media site focused on business solutions in low- and middle-income economies. “By leveraging partnerships and technology, we are building Pro Mujer as a platform capable of serving millions at a time; a one-stop shop for empowerment for women in the region.”

Cavalcanti holds an MBA from the University of Texas in Austin, a master of science in Information Science from Columbia University in New York, and a bachelor of arts from Universidade Federal do Ceará in Brazil. She is based in New York City, where Pro Mujer is headquartered.