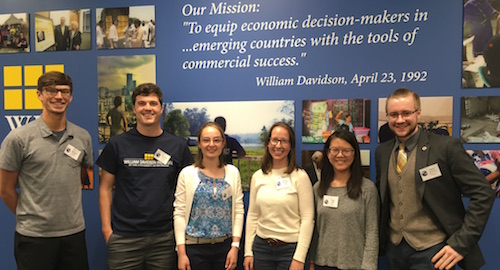 WDI’s 2018 summer interns before they set off on their voyages.

Over the years, WDI’s summer interns have faced unique challenges as they have conducted their work across the globe for the Institute and its partners. Impassable roads, extreme weather, the occasional wild animal. An active volcano can now be added to the list.

WDI intern Nadia Putri spent her summer in Bali, Indonesia working with East Bali Cashews on quality improvement projects, measuring the company’s impact on women and developing a U.S. market entry strategy. She also got an up close look at emergency preparedness.

“It was really beautiful, but a bit scary at the same time for someone who has never seen anything like it before,” she wrote of watching the sparks of lava and plume of smoke rise from the crater near where she was working. The cashew factory was outside the evacuation zone but management kept a daily eye on the volcano in case conditions changed. Earthquakes in the region have claimed nearly 400 lives during August.

Putri was one of six WDI interns working internationally this summer. Some, like Putri, have returned to the University of Michigan campus; others are finishing up their work and will be back in Ann Arbor soon. While overseas, the interns contributed to a blog to chronicle not only their work but also the experience of living in a foreign land. WDI has highlighted some of the work below and the full blog chronicling interns’ experiences is available here. 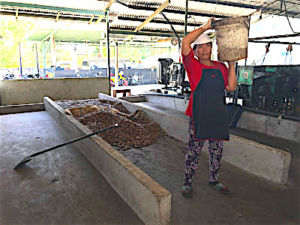 East Bali Cashews where Putri worked sources sustainably grown cashews from nearby smallholder farmers and processes them in a factory located in a remote village in one of Bali’s poorest regions. Since its launch in 2012, the company has integrated various social missions in and around its cashew processing operations, including community improvement and women’s empowerment.

Putri, a Ross School of Business MBA candidate, said factory workers were very supportive of her work and willing to explain how the company has impacted them. One employee recalled  being hired after graduating from high school and is now in charge of 50 workers.

“At the factory, everyone is very welcoming and open to share their stories,” Putri wrote in her blog. “It’s especially humbling to see such high curiosity and willingness to learn from the factory employees. This serves as my daily reminder that (the) situation you grew up or lived in does not define who you could be.”

In Kenya, Andrea Arathoon, a School of Public Health graduate student, was tasked with helping a local maternity hospital reduce costs and increase patient volumes to achieve sustainability while also maintaining quality. One intervention Arathoon worked on for Jacaranda Maternity is a new outpatient care checklist for prenatal visits.

The checklist is designed to improve patient processing within the outpatient clinic. This improved flow will reduce wait times and result in more efficient consultations, thus increasing patient volume and reducing costs, Arathoon wrote. She ensured the checklist followed the World Health Organization and Kenya Ministry of Health guidelines. The hospital’s doctors, nurses and administrative staff were consulted, and everyone was trained on how to properly use the new tool.

“I am very excited about my summer project and the impact that it can have in improving maternity care for women and children in the country,” Arathoon wrote on the blog. 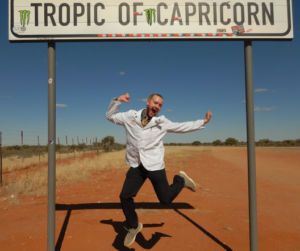 Across Africa on the Atlantic coast, Mason Benjamin is working in Namibia on pharmacy workforce development and hospital pharmacy practice. Benjamin, a College of Pharmacy graduate student, joined a collaborative project between WDI and the International Pharmaceutical Federation Hospital Pharmacy Section. The goal of the project, which includes the University of Namibia School of Pharmacy, is to increase the capacity of hospital pharmacists in Namibia through in-country diagnostics and technical assistance.

Benjamin has been traveling all across the country to visit hospital pharmacies in different regions to develop a landscape analysis of hospital pharmacy practices at both private and public hospitals. Before his site visits began, Benjamin attended the Medication Utilization Review In Africa (MURIA) conference, where he learned about pharmacy practice not only in Namibia but also across Africa.

“I was aware of how different the healthcare system in the United States might be from anywhere else in the world, but always felt that researching other systems online had its limits,” Benjamin wrote in the blog. “I much prefer to learn right from the source and in person, so I was grateful for the opportunity to ask questions to practicing pharmacists from over a dozen different African countries about how things worked in their setting.”

In India, the population of cities is expected to increase by 250 million people in the next 20 years, making employment a crucial need for the new transplants. Ross School of Business MBA student Chris Owen is working with MADE (Michigan Academy for the Development of Entrepreneurs) and its Madurai-based partner Poornatha, which is designing an affordable, world-class coaching curriculum for entrepreneurs in emerging economies. MADE was founded by WDI and U-M’s Zell Lurie Institute.

Owen is identifying best practices of existing coaching programs in India and other emerging economies, conducting a needs assessment of entrepreneurs in Madurai and developing a framework and training curriculum for how coaches will be identified, on-boarded and trained.

“By investing in strong local economies, India can address its dual-challenges of rapid urbanization and rising unemployment,” Owen wrote on the intern blog. “Indeed, for this reason, entrepreneurship in India – and the work of Poornatha – is becoming increasingly important.” 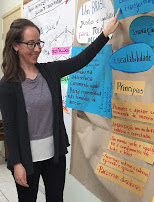 In Brazil, Rebecca Grossman-Kahn – a student at Ross and the U-M Medical School – is developing a tool to assess the social impact of the gender equality programs of Plan International’s Brazil office. Plan International has a long history of advocating for children’s rights but recently decided to focus its work in Brazil on promoting girls’ rights and equality. Gender roles in Brazil tend to be rigid and many girls stop studying in middle or high school to help with housework at home, Grossman-Kahn wrote on the blog. She attended a staff retreat to strategize on how to combat resistance from community members and organizations regarding Plan’s new focus on gender.

While at the retreat, a new World Bank report was released that showed girls who complete secondary education can expect to earn twice as much as those with no education.

“Studies like this can help get community leaders on board with Plan’s mission,” Grossman-Kahn wrote.

Bringing Solar to Farmers in Nepal

In Nepal, nearly two out of three working people are farmers. But the country’s rugged topography and lack of infrastructure makes it difficult to farm year-round despite a lengthy monsoon season. Additionally, in rural Nepal, only 5 percent of the population has reliable access to electricity. But the country has more than 300 days of sunshine, making it a perfect candidate for solar-powered agricultural services.

Matthew Carney, a dual degree student at Ross and the U-M School for Environment and Sustainability, spent the summer with the solar startup Ecoprise to help bring solar-powered agricultural services to subsistence farmers in the Terai region of Nepal that borders India. AgroHub, a pay-as-you-go service-based business model recently started by Ecoprise, provides access to solar-powered infrastructure for remote, underserved farming communities. These hubs provide farmers with access to equipment for irrigation, clean drinking water, food-processing and refrigerated post-harvest storage as a service.

AgroHub has proved very successful for those farmers who have used it, allowing them to irrigate more land during the winter and monsoon seasons and reducing the use of diesel-powered water pumps that saves money. Carney’s task is to develop a plan to bring the service to farmers in western Nepal.

“Solar-powered agriculture presents an opportunity to raise the living standards of millions of rural Nepali farmers in a sustainable fashion,” he wrote. “It would be a shame to waste it.”