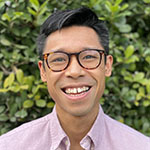 Before beginning his Master of Business Administration, Naovarat earned a Bachelor of Arts in Philosophy from Texas A&M University, graduated with his Doctor of Medicine degree from the University of Texas Medical School, and worked as a physician-researcher. He has focused much of his time at the Ross School of Business on venture capitalist endeavors including participating in venture fellowships, founding the Michigan Venture Consulting group, and interning at UPMC Enterprises. He also joined a WDI-sponsored MAP project, working with Clínica de Familia La Romana in the Dominican Republic to aid in the implementation of a new imaging device for the clinic. Naovarat plans to participate in the International Investment Fund with WDI and transition to a venture firm, perhaps with a focus on biotech, after graduation.