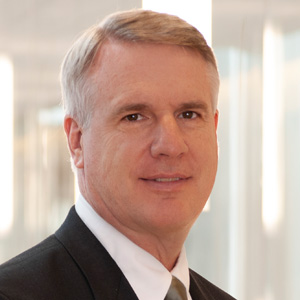 Paul Clyde is the president of WDI, the Tom Lantos Professor of Business Administration and the Movses and Maija Kaldjian Collegiate Lecturer of Business Economics and Public Policy at the University of Michigan’s Ross School of Business. Prior to joining WDI, he served as the academic director of the part-time MBA program at Michigan Ross and as an economist in the Antitrust Division at the U.S. Department of Justice.  While at the U.S. Department of Justice, he advised governments in Eastern Europe on competition policy, natural monopolies and securities markets, and spent one year in Slovakia advising the Czech and Slovak governments. Over the past 15 years, he has advised or directed more than 80 healthcare, education and finance projects in more than a dozen low- and middle-income countries. He  has also worked with corporations ranging in size from small startups to large organizations such as Johnson & Johnson, Novo Nordisk and DTE Energy. He has published articles in economic and finance journals including The Journal of Finance, Managerial and Decision Economics and Economic Inquiry.  Clyde received his doctorate degree in economics from the University of California, Los Angeles and his bachelor of business administration from Indiana University.