The following was adapted from a speech given at the 25th anniversary celebration.

The William Davidson Institute was born at a time of significant change around the world. 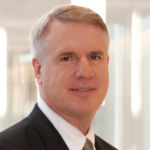 In August of 1991, a failed coup left Mikhail Gorbachev’s power irreparably damaged and he resigned in December. The Soviet Union crumbled and Boris Yeltsin took over in Russia where, in the beginning of 1992, he lifted most of the remaining price controls.

In 1991, India’s economy was, as one author put it, “on the brink of collapse.”  That year, P.V. Narasimha Rao took over as Prime Minister. Prime Minister Rao and his Finance Minister Manmohan Singh are credited with putting reforms in place that were to fundamentally change the economic landscape in India.

And in 1992, Deng Xiaoping engaged in a series of speeches designed to ensure the continued economic liberalization within China.

It was in this historic context that Bill Davidson established the William Davidson Institute at the University of Michigan.

The institute’s mission was to help companies transition from a command economy to a market economy. Davidson recognized that the lot of transition economies was heavily dependent on the success of the companies within them to compete successfully in global markets. He believed that unleashing the abilities of individuals free to create, produce and compete in liberated markets would go a long way toward addressing the challenges we faced as a global community.

While the countries that WDI is focused on today include more than the transition economies of 1992, his insight regarding the importance of the private sector in the development of economies remains valid. Indeed, with each passing year, we at WDI reaffirm our commitment to the mission Davidson laid out more than 25 years ago: “to equip economic decision-makers in these emerging countries with the tools of commercial success.”

Davidson recognized that this would not be easy. It required a combination of well-known and universally applicable principles combined with a new way of thinking, in economies that had resource, infrastructure and leadership challenges unique to their settings. What better place to do that than at a university? And in choosing his alma mater, the University of Michigan, Davidson gave the Institute access to the combination of the quality and breadth of expertise needed for his vision.

Economic growth and overall welfare have improved dramatically since 1992, but there is still a great deal of poverty. At the time of its founding, WDI addressed the economic challenges by focusing on countries that had just been freed from the shackles of economic systems that demanded compliance and punished creativity. The constraints affecting the economic decision makers in the countries we work in today are somewhat different, but no less debilitating: lack of healthcare, lack of education, corrupt governments and, in some cases, the actions of a well-meaning but nonetheless harmful global development community.

How do we address these challenges?

It has become commonplace to talk about social business and social ventures in response to the challenges of today, but we should be cautious about this thinking. It is true that profit seeking enterprises will not have a pecuniary incentive to provide all goods and services. In such cases, governments or non-profit efforts must substitute if the good or service is to be provided.

However, generally speaking, the most socially advantageous business remains one that is trying to turn a profit. Profitable enterprises, that comply with the law and ethics of society, will grow, and therefore benefit society, at a pace that can’t be matched by enterprises that pursue profits as one of many goals. Thus, we continue to look for ways to help the businesses pursuing profits in these economies to thrive. Where appropriate, we also work with organizations that have objectives in addition to or instead of profits. In both cases, we bring a business mindset.

The challenges today are no less important than they were at WDI’s founding and we can apply what we have learned over the past quarter century to increase the impact we, as a global development community, have. We believe business plays an essential role in the development of economies to the benefit of its citizens. We believe we have an obligation to help businesses realize that potential. As Bill Davidson so aptly stated, “We must do all in our power to see that those countries that have already taken that difficult first step forward will continue along the path of progress without faltering.”