Blog: Why the Next Steve Jobs Could Be From Pakistan 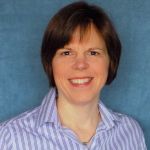 Note: This blog post also appeared on NextBillion.net, which is managed by the William Davidson Institute at the University of Michigan.

I recently had the opportunity to spend time with author and professor Elmira Bayrasli. I was truly inspired after reading her book “From the Other Side of the World: Extraordinary Entrepreneurs, Unlikely Places,” and recently invited her to speak to students and faculty at the University of Michigan.

In her book, Bayrasli looks at the emergence of entrepreneurship in seven developing countries — including India, Nigeria, Mexico, and Russia — by detailing the journeys of local entrepreneurs and the obstacles they had to overcome to build high-growth businesses. These obstacles included poor infrastructure, corruption and a culture of bribery, and a lack of public spaces where business-minded folks could congregate, converse and have the kinds of chance meetings that often spark innovation.

My interest in this topic stems from working on entrepreneurship development over the past dozen years at the William Davidson Institute. (Note: WDI is the parent organization of NextBillion). I’ve overseen programs training women to scale up businesses in Rwanda as part of the Goldman Sachs 10,000 Women project, bringing new entrepreneurship pedagogy and curricula to universities in Papua New Guinea, and running a social entrepreneurship virtual program that brings U.S. students together with counterparts in the Middle East to come up with entrepreneurial solutions to pressing problems.

I was interested to hear Bayrasli’s perspective on why entrepreneurship is exploding in developing economies. She credits the combination of technology and globalization. Both forces help entrepreneurs make new connections – which are key for raising capital, coming up with fresh ideas and generating new business models. One of the successful entrepreneurs she highlights in her book, Monis Rahman, created Pakistan’s first matchmaking website and its most successful job search website, having tapped LinkedIn founder Reid Hoffman for advice, as well as other contacts he developed while studying at Stanford and working in Silicon Valley. The title of that chapter, “Steve Jobs Lives in Pakistan,” sums it up well.

Another factor Elmira mentioned is the trend of many entrepreneurial young people seeking to return to their home countries after completing a Western education. She contrasted this with her experience in Turkey, where her parents emigrated from before settling in the U.S. In the past, ambitious Turks dreamed of moving to the United States. Now they see opportunity in their home country and feel pride about being from there. They see homegrown successes – such as Mavi Jeans and AirTies, a wireless network company Bayrasli also profiles in her book – and they want to return and create businesses too. Not only do these successful companies provide inspiration, they’ve also helped transform the way Turkish business operates, setting new standards based on global best practice and leaving the old, corrupt practices behind.

I found Bayrasli’s perspectives on global entrepreneurship fascinating. An area where our thinking diverges, however, is on the role of education and the question of whether entrepreneurship can be taught. Bayrasli contends that aspiring entrepreneurs are best served by studying the classics – she recommends reading Tolstoy for instance – to understand human motivation and gain empathy. She doesn’t believe entrepreneurship is best taught in business schools. While I appreciate Tolstoy just as much as the next Russian literature major, I have come to see the value of teaching business skills – from negotiating to marketing to basic finance – to those who at least have a fledgling business and are looking for guidance on how to grow it to the next level. While Steve Jobs, Bill Gates, and Mark Zuckerberg were all college dropouts and never returned to school for a certificate in entrepreneurship, I see them as outliers in the world of entrepreneurship  – exceptionally gifted, surrounded by savvy businesspeople, and lucky in their timing.

I hope you enjoy my interview with Bayrasli, available below.

Amy Gillett is vice president of the Education Initiative at the William Davidson Institute at the University of Michigan.