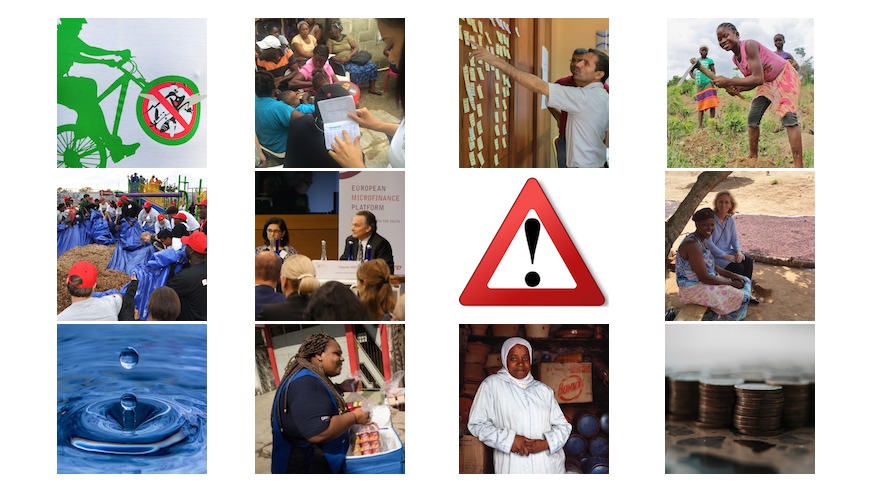 NextBillion.net, an affiliate site of WDI, conducted its Most Influential Posts of 2016 contest during the holiday break. Nearly 2,500 votes were cast in the fifth annual contest, which re-published the most popular posts for each month of 2016. Readers voted for the blog articles that made a difference in their work toward advancing market solutions to poverty. NextBillion Editor James Militzer authored the following post announcing the winners of the contest.

Web publishing can be a mysterious business. Try as you might, you can never quite predict what the Internet will react to – and when a post takes off, you’re often not sure why. Are people drawn in by the catchy headline? The newsworthiness of the topic? The quality of the writing and analysis? Or something else entirely?

A combination of those factors likely drew readers to the three winners of NextBillion’s “Most Influential Post of 2016” contest. Each of our top three vote-getters brought a unique mixture of topicality, engaging writing and thought-provoking analysis – and they each tackled some of the most important issues facing the social business world in the past year.

IN FIRST PLACE WITH 46 PERCENT OF THE VOTES

The key to successful writing may boil down to a simple rule of thumb: Know your audience. This much-read post from Jona Repishti at MIT D-Lab’s International Development Innovation Network is a case in point. Many NextBillion readers are entrepreneurs striving to bring their products to emerging markets, and Repishti tackled one of the topics nearest to their hearts: The persistent challenges of bridging the last mile.

To that end, she shared the findings of a working group formed by MIT D-Lab’s Practical Impact Alliance (PIA) that focused on two key questions: 1) What is the best way to select a distribution network model?; and 2) What is the best way to set up a door-to door distribution channel? Including consumer goods companies like Danone and Johnson & Johnson, NGOs like World Vision and Grameen Foundation, and social ventures like Greenlight Planet and Living Goods, the working group shared 14 case studies and generated a 43-page guide called Best Practices for BoP Door-to-Door Distribution. Repishti summarized these findings and resources in this must-read post – and added an important caveat for any enterprise trying serve the world’s most hard-to-reach customers: “As challenging as it is to reach rural consumers, access does not equate with success.”

IN SECOND PLACE WITH 43 PERCENT OF THE VOTES

NextBillion has had many well-read and widely shared posts over the years, but we’d never seen anything like this post from Dr. Melvin Sanicas, then at the Bill & Melinda Gates Foundation. There’s a dedicated online audience for social business coverage, but you don’t often see a post in our space truly “go viral.” Yet Sanicas’ rundown of the medical and business repercussions of the Zika virus could not have been more timely – it came out at the peak of media hype around the outbreak and quickly garnered over 100,000 views, making it NextBillion’s most-read post of all time.

Sanicas’ clear-eyed view of the Zika landscape provided a welcome counterbalance to some of the online hysteria about the virus. He shared the scientific consensus on Zika’s effects and discussed the implications of the disease’s disturbing spread, along with some innovative potential solutions. He also provided an update on the efforts of governments, biotech firms and academic labs to quickly bring a vaccine to market – and raised a possible complication: “While the hype and excitement from investors are understandable, it is important to keep things in perspective. Epidemic threats do not always turn into profits for developers.”

IN THIRD PLACE WITH 3 PERCENT OF THE VOTES

Though this post by V. McIntyre, a London-based freelance writer working with Harvard’s Kennedy School, was first published in March, it continued drawing strong traffic throughout the year. Well into the fall, it still regularly popped up on our list of trending posts – an unusual feat for months-old content.

What accounted for its enduring appeal? If I had to take a guess, I’d say that McIntyre piqued readers’ interest by adding a dash of mystery to a vital but familiar topic. He framed the post around a surprising finding: A number of rigorous studies have shown that large increases in income and consumption happen fairly rapidly after people gain access to a savings account. In fact, these increases come much faster than one would expect, if they had been due to additional investments enabled by savings.

What could be driving this? McIntyre explores an intriguing explanation highlighted by recent research: “Apparently, when people are given the means to save, they start working harder to have more money to deposit into the account. … Perhaps savings accounts don’t enable people to earn more, they inspire them to earn more.”

NextBillion would like to congratulate our winners and finalists in this competition, and thank everyone who voted. And as the new year begins, we’d like to thank all our guest writers and readers – we are truly grateful for your dedication not only to advancing the work of social business, but to sharing your challenges, insights and achievements on platforms like ours. We wish you every success in 2017