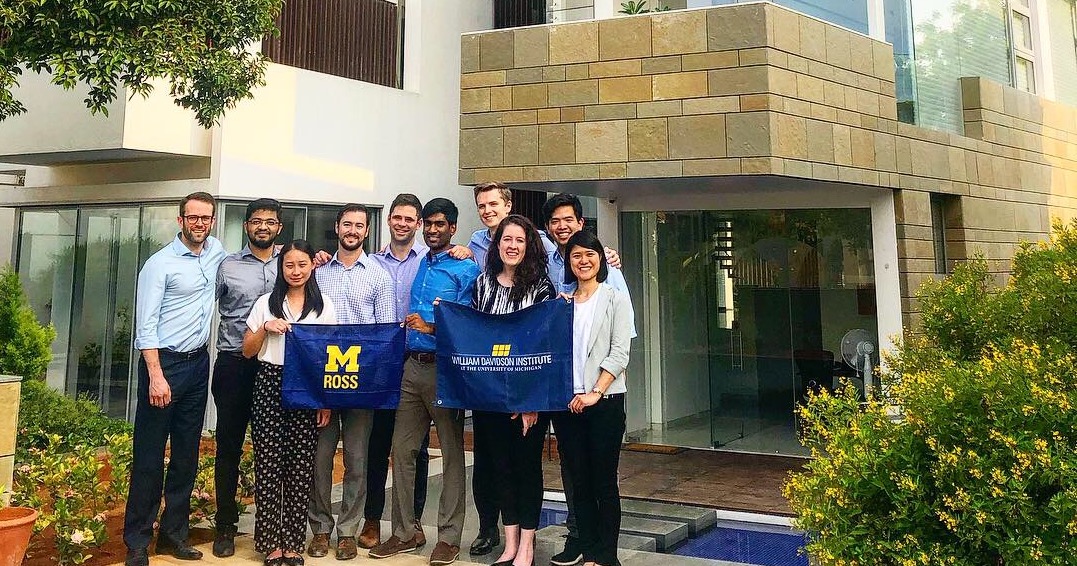 Members of the International Investment Fund and MADE MAP teams working in India this past March.

WDI is partnering with the Ross School of Business and Finance Professor Gautam Kaul to establish a curriculum-based, student-run international investment fund at the University of Michigan, believed to be the first of its kind at a U.S. university.

The fund, called the International Investment Fund (IIF), will target small- and medium-sized enterprises (SMEs) in India. Graduate students enrolled at Ross and in joint-degree programs with other U-M schools and colleges will be responsible for investing, managing and growing the investment portfolio as part of a course at Ross. WDI has worked closely with Kaul to develop the fund and made an initial financial commitment to the fund.

And while the course at Ross won’t begin until winter semester in 2020, work has been ongoing for multiple years. This past winter a Ross student MBA team sponsored by WDI traveled to India to conduct an initial round of due diligence on local SMEs to assess the viability of the process and the potential for investments. Students and Ross faculty are also working to establish a protocol for the fund and received assistance from the University of Michigan Law School on the legal requirements on both the U.S. and Indian sides.

Forty students applied to be part of the fund and the class and 13 were selected. They will travel to India in August to conduct more work and due diligence on SMEs. Another 13 students will be added during the next academic year, Kaul said, and the eventual target for the fund is 35-40 student advisors all chosen after a rigorous application and interview process.

Kaul, who started Ross’ successful Social Venture Fund, said he has thought about an international fund for years and has received encouragement from students to start one. He said he started work with some second- and third-year MBA, Erb Institute and public policy graduate students on the idea about four years ago. He said it became obvious he couldn’t replicate the Social Venture Fund, which invests only in the U.S. 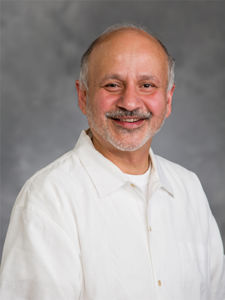 “It’s quite an adventure to go to another country and initiate something so complex,” said Kaul, the Robert G. Rodkey Collegiate Professor of Business Administration & Professor of Finance. “Just to get to know the system takes a while.”

He also said the university and Ross didn’t want to start this alone, but potential international partners on the ground “wanted proof of concept.”

Kaul approached WDI President Paul Clyde to see if the institute was interested in partnering because of its global focus and work with budding entrepreneurs. Clyde said the idea of an international investment fund “fit with our Finance sector goals, which is to figure out ways to make funding available at a lower cost to small- and medium-sized enterprises.”

Additionally, in 2017 WDI, the Zell Lurie Institute for Entrepreneurial Studies at Ross and the Aparajitha Foundations in India established the Michigan Academy for the Development of Entrepreneurs (MADE), a nonprofit institute. MADE works with entrepreneurship development organizations (EDOs) in the Tamil Nadu state of India to give individuals operating businesses in these environments the knowledge and best practices they need to thrive.

Kaul said it is a “huge advantage” that WDI has a partner on the ground in India already working with entrepreneurs.

Twenty-seven SMEs recently completed a business development program managed by MADE and its EDO, Poornatha. The entrepreneurs took monthly classes at MADE  designed to help them develop financial projections, future financial plans and other necessities for potential funders, including  complete financial statements.

Clyde said each of the 27 SMEs are entrepreneurs with a vision where they want to go, who have identified areas they saw as opportunities for growth and are in need of capital investment. 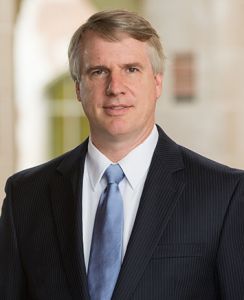 “And we know something about their character,” he said. “Through MADE, our partner has spent a lot of time getting to know them. They weren’t a random group of people. Further, we had always planned to add financing to the array of products and services offered by MADE.

“So when Gautam called with this opportunity to marry what we were already doing with MADE with this investment fund, it seemed like a perfect fit.”

Kaul said he hopes the fund will make its first investment by the end of 2020. He said if the fund was making an investment in the U.S. it would take two months to do a deep due diligence after identifying a potential start up following some pre-screening.

“In the context of this Indian initiative, it’s never been done so it could take nine months,” he said. “The purpose here is to make an investment and hope it starts paying off. But all profits go back into the fund so we can invest in someone else.”

Kaul said the course and the investment fund is “very applied, on-the-ground, experiential” and what he thinks is the future of university education.

“It is very complex, which makes me very excited,” he said. “It has got the beginnings of what I think is the future of global education. It will differentiate Ross. You’re not coming here sitting in a classroom – well, maybe for the first six months – but after that you’re all over the world.

“You’re not learning just from faculty but from the environment and everything else. That’s what the demand is for.”

Kaul said WDI has been a great partner and instrumental in making the fund a reality. While WDI is located on campus and strongly affiliated with the university, its independence gives it flexibility and maneuverability for projects such as the investment fund.

“Without WDI, I would have given up,” he said.

Clyde said in addition to the initial investment, WDI will support the travel needs of the students running the fund. Kaul is the faculty advisor for the fund and Clyde said he will help where needed and continue to be closely involved.

Kaul said the fund appeals to students who want an international, hands-on experience, but may also want to work in global settings.

“If you want to go to India and eat Indian food, this is not for you,” he said. “This is serious stuff. You have to worry about global issues, you have to worry about India, and you must take ownership of your learning. If you go there, you should be keen on learning from and helping people on the ground.”