Partnering To Bring Impact To Organizations and Students

The University of Michigan’s Ross School of Business recently celebrated 25 years of Multidisciplinary Action Projects (MAPs), an action-based learning course for first-year MBA students who receive guidance from faculty advisers. During that span, 10,438 full-time MBA students have worked on 2,010 projects in 92 countries with 1,352 sponsor companies. In recent years, executive, evening and weekend MBA students have participated in MAPs as well.

WDI began sponsoring international MAP projects for Ross in 1992, the year after they began, and have funded and provided faculty advisers for about 225 projects in the 24 years since. WDI President Paul Clyde said MAPs are “one of many tools available to pursue our mission” to develop knowledge and capability that improves the effectiveness of firms and social welfare in emerging economies.

“We’re using it in specific initiatives as a way of building relationships and developing solutions in the field with our partners,” he said. “For us, MAPs aren’t an isolated event, they are part of a longer-term relationship.”

WDI Senior Research Fellow Ted London said MAPs not only benefit students and sponsoring organizations, but also faculty members who advise the projects. It is a valuable way to keep in touch with multiple organizations, understand their latest successes and roadblocks, and think more broadly about solutions.

“I enjoy MAP so much, in part, because it gives me the opportunity to listen and learn,” said London, who also is vice president of WDI’s Scaling Impact Initiative. “These are often organizations we have worked with for many years and it’s great to have another reason for a frank and in-depth engagement.”

Each MAP project requires analytical rigor, critical thinking, and teamwork from the students. Teams of 4-6 students spend seven weeks exclusively working on their MAP projects, including 3-4 weeks in the field. Sponsors receive top-notch deliverables and data-driven recommendations from the team.

After learning about their projects and conducting research in the classroom for several weeks, the students then spend three to four weeks working alongside their project sponsors in the field.

Clyde, who served as an adviser to his first MAP team in 1998 while on the faculty at Ross, said the student projects are a “fun way to teach.”

“Something always comes up that’s an illustration of a point made in their core courses,” he said. “I distinctly remember times when you could see the lightbulb go off and they suddenly understood the concept because they were in that setting, they were living it in the field.”

WDI’s Education Initiative recently began deploying MAP teams to help further its mission of identifying and sharing new ways to enhance management education in emerging markets. This past winter, two MAP teams worked on entrepreneurship projects in Kosovo and Morocco, and one team examined e-learning at a major technical university in Georgia.

“MAP teams allow us to offer our education partners in-depth strategic guidance and for us to be able to consolidate learnings across projects and thereby identify needs, trends, and best practices in management education,” said Amy Gillett, vice president of the Education Initiative. “The projects we’ve sourced related to entrepreneurship education are helping us develop new models and tools to share with a global audience through WDI’s new Entrepreneurship Development Center for emerging markets.”

London, who has been a faculty adviser to about 50 student teams since joining WDI in 2004, called MAPs a “virtuous cycle” that benefits students, WDI’s partners, and the institute’s research.

MAPs embed students with an organization, whether it’s a nonprofit or a corporation, and apply what they have learned in school to help solve an issue the organization is facing.

“They’re solving real problems and understanding the context,” London said “They’re on the ground 3-5 weeks so they have a chance to get acclimated and then really get engaged.”

Clyde said MAPs also are an opportunity for students “to learn how to work in a team setting, to test out their leadership skills, and learn about other cultures.”

Allie Schachter was a member of a MAP team that worked with a company interested in rolling out an active learning platform in an emerging market context. Managed by WDI’s Education Initiative, Schachter and her team embedded with the Stockholm School of Economics in Riga, Latvia. Schachter said she enjoyed applying what she had learned in the classroom to a real-world business problem. (Watch a video of Schachter talking about the MAP project below).

“My MAP experience solidified and contextualized many of the concepts discussed in class, which was an incomparable educational experience,” she said. “It was a great opportunity to work with a group on a very large and involved project. Throughout the course of our project, we honed our ability to work together, delegated tasks to one another, and navigated difficult conversations and challenges together.

“It was a really great opportunity to gain experience working for and with others. I will certainly carry those experiences forward when working with teams at work and in future classes.”

Perry Samson, the Arthur Thurnau Professor in the Department of Atmospheric, Oceanic, and Space Sciences at the University of Michigan, developed the learning platform and enjoyed working with the MAP students to see how his product performed in an international setting. He called it “invigorating” and a “wonderful interaction” with the students, who were “thinking more deeply about all these things.”

“They thought of a number of things I didn’t think of,” he said. “They provided good insight on what drives adoption of technology in education and identified a number of suggested process changes.” 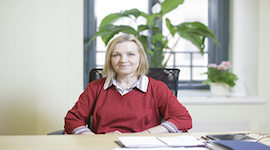 Diana Pauna, former pro-rector of the Stockholm School of Economics in Riga, found the project very useful for her university. She and her colleagues and students valued the opportunity to interact with a highly engaged team of MBA students from the University of Michigan.

“The project was extremely successful and a good learning experience for us,” she said.

London said because the MAPs are sourced with WDI partners, he and others are able to structure a good project that challenges students and benefits the organization.

“MAPs are of real value to the partners,” he said. “They do come back year after year. It’s a pressing issue they’re very keen to solve. Generally they have great outputs and create a substantial amount for the partners. That’s the reason we have a lot of repeats over the years.”

London and Clyde said MAPs can impact organizations for years to come, and can be life changing for students. London said MAP projects give students “an opportunity to see how the majority of the world lives and transacts, and it is something I believe they will carry with them the rest of their lives.”

He said one of the pleasures he gets from traveling with the students is watching them grow from the experience. Some students are committed to working internationally after graduation and have already traveled overseas. But others who will likely live and work in the U.S. when their MBA studies are complete still want to work internationally at least once.

“This isn’t what they are going to do with their life but it is something they want to experience,” London said. “We take them places and expose them to things they might not necessarily ever be exposed to. When we’re in Uganda, we’re not necessarily staying in the capital city. When we’re in Benin, we’re out in the bush.

“You can see the trepidation in some of them before they leave, and a sense of confidence when they get back,” he said. “And a whole new awareness of this world.” 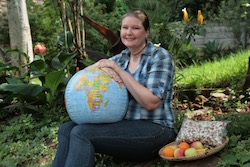 One student whose MAP experience changed her career path was Patricia Griffin, who was certain she would work for a U.S. automaker in a domestic car plant after getting her MBA. But she decided to join a WDI-sponsored MAP team headed by Clyde and that would work with a Uganda hospital.

Clyde remembers the team functioned without electricity for the first two weeks of its four-week stay. He said it was tough on the team but Griffin was energized by her experience and instead of heading to the auto plant now lives and works full time in Kenya.

“Questioning my assumptions and taking nothing for granted has become a basic mode of operation for how I conduct my career and life,” Griffin said of her time in Uganda. “That’s a direct result of the MAP experience.”