WDI’s Education Initiative collaborated with a university in Papua New Guinea (PNG) to develop a curriculum for a new MBA-level specialization in entrepreneurship, one of three schools the Institute has worked with in the country on building new business courses. 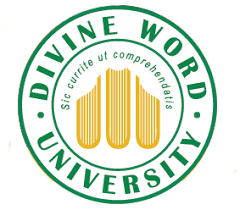 The project was in partnership with the Center for International Private Enterprise (CIPE) and was originally designed to work with some PNG universities to develop a one-week module on entrepreneurship.

Initially, DWU was interested in only developing an entrepreneurship module, but its leadership changed their minds in early 2017. Felker and Scott soon began working with Rao on curriculum development, advising him on how to strengthen the coursework through adding elements, removing redundancies across classes, and providing teaching and learning resources for him to consider. In May 2017, Felker returned to PNG and worked directly with Rao to finalize the curriculum,  develop learning goals, fill out course content and consider textbooks to use.

Felker said working with Rao on developing curriculum was very efficient because he was the direct liaison with DWU leadership. He kept her informed throughout the development process about the University’s commitment and support for the MBA specialization.

“It was fantastic news to learn that the MBA specialization was approved by the University’s leaders, realizing the positive impact it will have on students’ and ultimately the region,” Felker said. 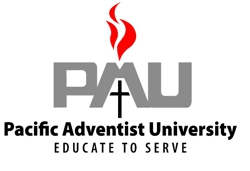 Just like DWU, Pacific Adventist University (PAU), also based in New Guinea, had bigger ideas for its entrepreneurship programs and partnered with WDI. The school conducted a review and revision of its entire undergraduate curriculum, and was interested in adding more entrepreneurship coursework. Leaders eventually added a double major in Accounting and Entrepreneurship.

Felker suggested the courses to be offered in the Entrepreneurship major, and the faculty then worked from there, making revisions after consultation with internal and external stakeholders.

“I was basically an external evaluator in the curriculum review process so I had a great deal of opportunity to provide feedback, which they thoughtfully considered, and most often incorporated in their curriculum drafts,” Felker said.

The PNG project is one of many entrepreneurship development programs that WDI has spearheaded over the past 12 years. Other recent projects have included training more than 300 women entrepreneurs from throughout Rwanda, and providing a consulting team to help an entrepreneurship service center in Kosovo better serve local entrepreneurs.

In 2016, WDI collaborated with CIPE on a mentorship training project in Bahrain.

“I am so pleased that these universities will now be offering new courses and specializations in entrepreneurship after working closely with WDI’s Entrepreneurship Development Center faculty affiliates,” Amy Gillett, vice president of WDI’s Education Initiative. “Ultimately, the economy in Papua New Guinea will benefit as the graduates of these programs go on to start companies or to energize existing companies with entrepreneurial thinking.”

Gillett said WDI looks forward to working with additional universities in the future on helping them build entrepreneurship curriculum.

“Spreading new tools and techniques around entrepreneurship pedagogy is a large part of our work in at WDI’s in-house Entrepreneurship Development Center,” she said.